New wave of attack on labour activists in Iran

11 and 5 years in jail for union activity 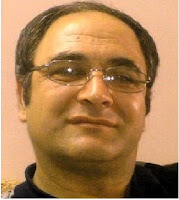 In the past few weeks the regime in Iran has stepped up its persecution of labour activists. Heavy prison sentences have been handed down against trade unionists in an attempt to suppress workers’ and popular protests. In the north-western city of Tabriz two workers and two students were given long prison sentences on charges of ‘building dissident groups’ and ‘publicity against the system’. Mr Shahrokh Zamani and Mohammad Jarahi, members of the workers’ group the Follow-up Committee to Build Free Labour Organisations in Iran, were sentenced to 11 and 5 years in prison, respectively. The same court (which like all courts in Iran operates under the instruction of the government) sentenced student activists Nima Pouryaghoub and Sasan Vahebivash to 5 years and 6 months, respectively. In another attack on worker activists, a number of striking workers of Tabriz Tractor Manufacturing Company were arrested, kept in solitary confinement, had their hair cut for humiliation and fired from their jobs.
These activists join a number of other trade unionists already in jail or about to be jailed:

We call on trade unions and human rights organisations around the world to join us in condemning these attacks and calling for the immediate release of all jailed workers and political prisoners in Iran.
Free Them Now! (Campaign to Free Jailed Workers in Iran)
http://free-them-now.blogspot.com/
Email: info.free.them.now@gmail.com
Tel: Shahla Daneshfar 0044 (0) 7779 898968 Bahram Soroush 0044 (0) 7852 338334
20 September 2011
Posted by Bahram Soroush at 01:57
Email ThisBlogThis!Share to TwitterShare to FacebookShare to Pinterest